The Science Behind Hyperbaric Therapy 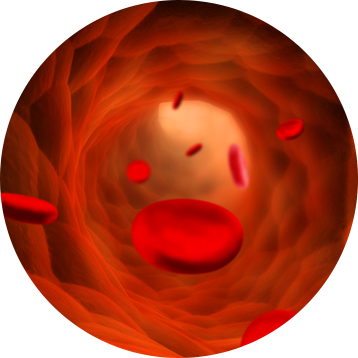 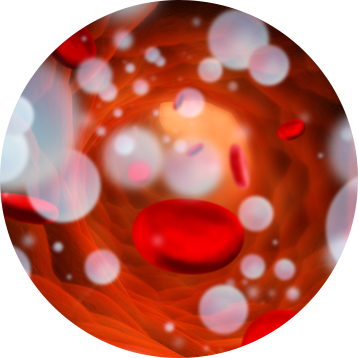 Hyperbaric oxygen therapy (HBOT) is the medical use of oxygen in a pressurized environment, at a level higher than 1 atmosphere absolute (ATA). Increased pressure allows for oxygen to dissolve and saturate the blood plasma (independent of hemoglobin/red blood cells), which yields a broad variety of positive physiological, biochemical and cellular effects. This noninvasive therapy is the most trusted way to increase oxygen levels to all organs of the body. The typical treatment lasts for 60-90 minutes, during which the patient lies down and breathes normally.

HBOT has been demonstrated in several clinical studies to enhance the body’s innate ability to repair and regenerate. It is used as an adjunct therapy to complement and enhance the healing process in both chronic and acute conditions.

It’s like when you purchase a bottle of soda, the CO2 (carbon dioxide) gas bubbles are under pressure, which decreases the size of the bubbles enough that they dissolve into the liquid. Therefore, you are unable to see them. When pressure is released, the volume of each bubble increases and the bubbles appear. While an individual is under pressure, the oxygen molecules decrease in size and are able to dissolve into the blood plasma. This exponentially increases oxygen delivery throughout the body and makes it possible for oxygen to reach inflamed tissue and support optimal cellular and organ functionality.

Hyperbaric oxygen therapy (HBOT) is a medical treatment that can be traced back to the 1600’s. In 1662, the first renowned chamber was built and operated by a British clergyman named Henshaw. He erected a structure titled, the Domicilium, that was used to treat a variety of conditions. In 1878, Paul Bert, a French physiologist, discovered the link between decompression sickness and nitrogen bubbles. Bert later identified that the pain could be ameliorated with recompression. The concept of treating patients under pressurized conditions was continued by the French surgeon Fontaine, who later built a pressurized mobile operating room in 1879. Fontaine found that inhaled nitrous oxide had a greater potency under pressure, in addition to his patients having improved oxygenation.

In the early 1900’s Dr. Orville Cunningham, a professor of anesthesia, observed that people with particular heart diseases improved better when they lived closer to sea level than those living at higher altitudes. He treated a colleague who was suffering from influenza and was near death due to lung restriction. His resounding success led him to develop what was known as the “Steel Ball Hospital” located along the shore of Lake Erie. The six story structure was erected in 1928 and was 64 feet in diameter. The hospital could reach 3 atmospheres absolute. Unfortunately, due to the depressed financial status of the economy, it was deconstructed during in 1942 for scrap.

Subsequently, hyperbaric chambers were later developed by the military in the 1940’s to treat deep-sea divers who suffered from decompression sickness. In the 1950’s, physicians first employed HBOT during heart and lung surgery, which led to its use for carbon monoxide poisoning in the 1960’s. Since then, over 10,000 clinical trials and case studies have been completed for numerous other health-related applications with the vast majority of results reporting resounding success.

At a constant temperature, the amount of a given gas that dissolves in a given type and volume of liquid is directly proportional to the partial pressure of that gas in equilibrium with that liquid

Pressure is required for a gas (oxygen) to effectively dissolve into a liquid (blood plasma). When inside a hyperbaric environment, greater levels of oxygen are able to reach deep into the tissues of the body.

As pressure increases, the size of oxygen molecules decrease, creating a denser oxygen environment. Oxygen molecules in the alveolus (lung membrane) become more concentrated and make it possible for more oxygen molecules to be transferred to the blood by diffusion, which saturates the blood plasma.

* Solace210®, Respiro270®, Vitaeris320®, Quamvis320® and Fortius420® are federally registered and trademarked names of Oxy-Health, LLC and are fully protected under federal law.

OxyHealth remains open as local authorities in the Southland have issued an order to restrict non essential activities due to COVID-19.

As we are not in the office until further notice, we remain accessible by phone, email and through our online chat (bottom right corner of your screen).

We wish the best in health for all of you.